Get your Christmas 🎅 presents now !!! 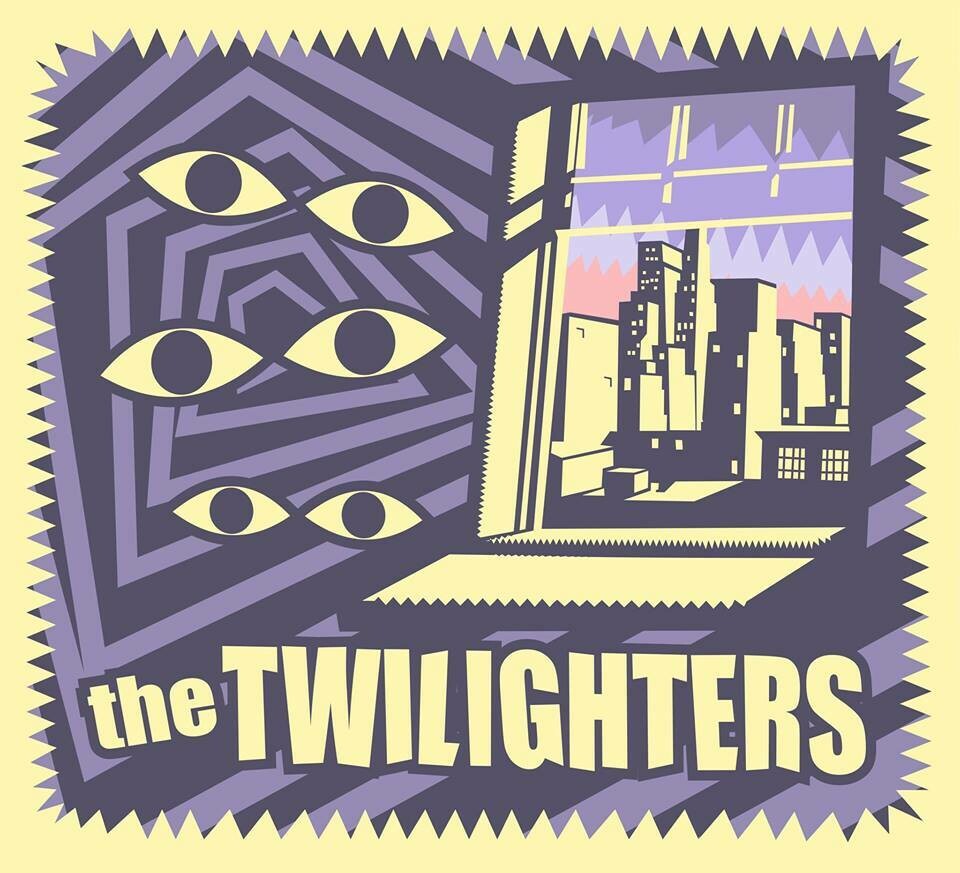 Twlighters is an album of Old School Psychobilly from Ukrainian (Kharkov, Kharkiv Oblast) trio the Twlighters and its one hell of a wrecker!

Lead by Wise guys front man Chris Bird this album is a stunner for all those who like the darker side of Neo Rockabilly. If you like 80’s bands like the ricochets, Frenzy and the Sharks this album is just what you need.

Below is an interview from Lead Singer Chris Bird

SLB. “Hi Chris so what can you tell me about the Twilighters”

CB “Hey Tony, The Twilighters were born more as studio project, However we started to play a bit to small audiences.

In late 2014, me and my friend Sam (slap bass) were hanging around at my flat and fooling with the instruments. After a while we had composed a psychobilly song (illusions) and found it cool to record it. After a while we asked another friend (Jerry wild, who was really interested to play drums in rockabilly band) to play psychobilly with us and he said yes gladly.

During the first rehearsal we started to have fun and goof with instruments but everyone wanted to do something else. I said, that WiseGuyz had lots of psychobilly songs (which were not recorded) in our early period. With my permission the Twilighters started to rehears them and record them as well.

So during next rehearsals we have recorded a few old wiseguyz psychobilly songs and have composed new songs. I gave name for this band the Twilighters in Around 2015.

After a while talks about the Twilighters came to few organisations and they have offered us to play a few shows. But we positioned ourselves more as a studio band and were not really ready for touring. Because I'm busy with the WiseGuyz and the other band members had commitments. But somehow we have found the time and after few shows we found it very enjoyable so we took the offers, when we had time for that. It was not too often, but we were playing in few Ukrainian cities on rockabilly/psycho festivals, exclusive show in St. Petersburg (Russia) and have made a small Polish tour with the other Ukrainian psycho band the Troubled.

Around 2017 we played for the last time and now we are in a standby mode. Time limits.

SLB. “Chris thank you so much, having listened to the album I hope you guys can find time to record more.”

First track “Bad Damn Cats” is so 80’s Psychobilly it’s amazing, slow intro before killer slap bass kicks in and then Chris’s vocals which he has made very punky. Wild track that shows old school Psychobilly at its best, Wreckin Heaven! “Kingdom Of Delay “is next up, an early instrumental in the style of the Munster’s them tune. “Go on Girl” is a mid-tempo wrecker, heavy on Guitar. “Look Inside “is a slower creepy track that takes the listener to a grave yard in the middle of the night. “ Now you’re Psycho “is another great Old school Psychobilly track, this is in my opinion what Psychobilly should be. “ Rhythmbilly” is a great track, id class it more as a neo rockabilly track and it’s a top bopper, wow. “Illusions “is another great track, mid-tempo track that’s dark and wild. “ Twilighters” is the album title track, it’s an up tempo wrecker with high tempo beat and great psycho feel. “ Sad & Angry” is another classic old school psychobilly Instrumental track , While “ Lamp Posts” is as creepy as hell, wow, mid paced psycho track, dark, mean and moody….. “Coming Like Crazy” is an up tempo track ideal for the wrecking pit, I like this one, wild stuff! “Screaming” is another dark psych track. Last up is “Psycho Illusions” a great up tempo track.

This is a great album that will appeal to fans of Old school Psychobilly and even Neo Rockabilly fans.

Save this product for later